A HUMAN BEING IS A TERRIBLE THING TO WASTE

I visited a site that was reporting an assault on a Firefighter by a young boy. I was, as always, very concerned at the negative emotions all the grown ups were displaying toward the offending entity. The following link to a video will let the reader here, see the activity and details of the posting there.

TEEN ARRESTED FOR INJURY TO FIREFIGHTER 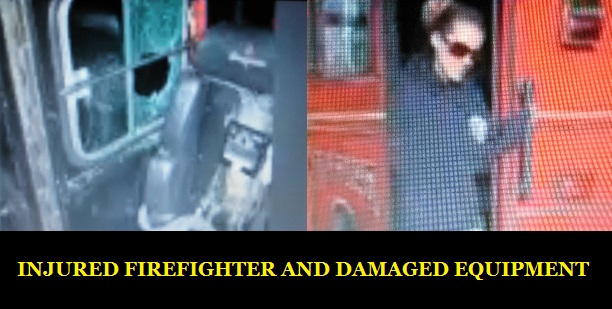 After I responded initially, I was cited for "dismissing" or playing down the teenagers actions. I was not willfully doing any such thing intentionally so I invite your comments.

At the end of the hostilities, I posted the following remarks to an individual who I felt was willing to just condemn the teenager and throw him away. I felt this man was not aware that "a human being was a terrible thing to waste".

Sir, if you please, could you tell me what color eyes this child had? What was his height.. weight, race, did he wear his hair long or short? Can you tell me as a man to another man that you have enough information about this child to use labels like "piece of shit hoodlum" ... "little punk menace" and then cite his parents for being abject failures? People you would not know if they were standing right next to you. Do you feel confident and comfortable in defaming people and dismissing another human being to the ranks of "scum" for life?
If you do and still can not understand, this is why I said he has made a serious mistake. It is because this will be his reward for making it. Hated by people like yourself for the rest of his life. See, serious mistake.
I have worked with children for several decades who have good parents, the best schooling available and who are in good physical health, who have made everyone who knew them sad and ashamed, because they made serious mistakes in judgment and so acted foolishly.
As a Red Cross volunteer and Chief of a small Fire Brigade offering myself to make presentations to school children, I have become aware that many "conditions" that were rare to unknown to my generation are now prevalent. Asperger syndrome, ADHD, and so on, are all deficits in emotional or mental regularity that call for special considerations for the afflicted. Diagnosing these problems is very difficult until poor judgment incidents, such as this one, come to light. If you knew this child was not malicious, had not been diagnosed, so has been struggling with issues of explosive anger when exposed to loud noises, crowds or physical confrontations, would you feel more empathy?
My first thought would be to discover what might be the reason for his "serious mistake" in judgment. If it came to light he was "impaired" I would volunteer to allow him to come to the offended fire station, meet his victim for whatever exchange that might bring about understanding of the cause and effect of his crime. Then let each Firefighter who can take time from that station take him under their wing and help him to become a better citizen. Too many other people are like you are now. They just want to cite, condemn, punish and throw away.... perfectly good human beings who are struggling with life and doing the best they can, just like the rest of us!
As Firefighters we are "public servants" who should give our community more than protection and assistance in the event of emergency. Firefighters are "the people friendly" public servants, we earned that privilege so should covet it by being big enough to accept this small mishap and try to help the child.
I have seen and continue to see Firefighters killed and injured in the extreme, equipment totally destroyed with much property damage...all done by fellow Firefighters who just will not slow down! So this window and the Fireman's injuries are pale by comparison.
It is because so many citizens are prone to "Lynch mob" mentality that those who govern us become tired, when facts and reason fail them as they attempt to serve our needs. The evidence at this site that emotion, compelling judgment without reasonable assessment of all of the facts, has addled the hearts and minds of those adults who could become violent is what has left us without representation by those we elected to serve us. They are men and women of letters and achievement who have little or no time for unruly mobs. So they turn to reward for themselves for a lifetime of struggle and sacrifice to be where they are. We are all "products of our environment". Acceptance is the key to successful social continuity.
If you take the time to investigate, you will discover many people around the world who were great contributors to humanity who were guilty of making "serious mistakes" in their lives when they were young.
I understand it is easier to throw stones than it is to carry the great weight of responsibility for your fellow man. It is not for everyone... only those who can.

Comment by Lieutenant Frederick Georges on April 4, 2014 at 8:31pm
I make these contributions reluctantly because I know that many will just get upset and become emotional and angry. I do not wish to cause others to suffer any of those conditions but I am willing to accept any consequences to try to bring some love, respect and civility back into the lives of everyone.

It is easy to hate, be angry and vent our pain by focusing on the misdeeds of others so we do not have to look at ourselves and accept we all could be better people if we all would be willing to like each other.