America is a place were you can have almost any dream as long as you have what it takes to achieve it. I for one who knows first hand just how difficult it is to achieve even what most take for granted because I am a Man who is not now or ever will be accepted and allowed to be on the "list" which for many Americans requires only that you be born on this nations soil, secure legal counsel from day one, obey the rules created, maintained, precipitated, enforced and changed as needed by those on the "list"... oh yes and one more essential thing, you need to be Caucasian... or you can be what is know as an "OREO cookie", Black on the outside but White in the middle", meaning no matter what you are, if you accept the imperial conditioning and learn to think, act, walk and talk like those who drew up the rules and the "list", never associate with those who are denied, look the other way when one of your fellows does wrong, lie, cheat, steal and covet that which is not and never was yours to have, then you also may find a place all-be-it at the bottom of the "list".

Understand that this posting is presented by a Man who has worked twice as hard all of his life only to always be considered half as good by those who were given every opportunity to make their way without ever having to do any more than just show up. But like so many of my peoples who have known the treachery, immorality, and malice of the handful of men who control the worlds economies, resources and governing entities for the past 450 years or so, I will never give up, but instead will continue to endeavor to persevere, seek only what I need to survive and live free of the burden that is the membership on the "list".

What "burden" you ask,.. why, your SOUL fool, it will cost you your soul !

As a Man who almost suffered the fate of so many who are willfully cast into prison after being irresponsibly charged with felony crimes just so one political party can skew the electorate by reducing the numbers of those who would render their vote to the opposing party, while at the same time securing a workforce that need not be paid, has no opportunity to refuse and is totally expendable, I urge the readers of this screed to follow this link to see the TRUTH and proof of my words: INMATE FIREMEN

If this does not make you think, then it is simply because you are not capable of it. So the only alternative is FIGHT, which this nations electorate and governing bodies has become the "Masters" of, the art of WAR ! 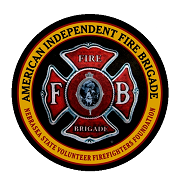 Comment by Lieutenant Frederick Georges on November 3, 2019 at 3:21pm

Until you have been denied the most basic of human considerations you will never accept the message in the above posting by a man who has given everything for the good of his "fellow Man" and was rewarded with being denied everything he earned, lost everything he had several times over to liars and thieves on the "list" and everyone he has ever dared to love, driven off by the same selfish and irresponsible peoples and institutions who have lived and died by their motto and creed, "I see,.. I like,.. I take, with the blessing of my GOD and mandate of my rules from any and all whom I choose to abuse" using these two documents : Manifest Destiny & Eminent Domain.