HOLLYWOOD vs. REALITY FOR FIREFIGHTERS I have not seen this flick (and will not) but I feel I may understand the negative criticism I read about it at the store website where it was being offered for sale.

It is a fact that movie goers wish to be entertained so the subject matter must do that, even at the expense of the topic being covered fading out of sight.

I do feel that a movie need be made that could shed some light on the dangers of our profession as well as seeing how the chain of command is set up because that is always an eye opener and it would help raise awareness and support for our cause.

It would be nice instead of always having some lame personal crisis or personality conflicts that always end in fist fights between the department members. I mean when have you ever seen any of that mess in real life! If instead they might choose to put in something that outlines the training needed and the efforts Fire Departments make to teach the rules for keeping citizens safe and prepared for the horrible nightmare that is mankind's oldest and most deadly foe. To see the efforts of all Firefighters to be mentally, emotionally and physically prepared would be a nice touch too.

Show how it is to be responsible for dealing with the seriously injured or dead citizen and the devastating property damage and how the "system" that most rank and file citizens take for granted, is actually set up and delivers when people are put out of their homes. To see when the Red Cross is called in by the Fire Officer in command to the traffic officer who gets right to work lining up the needed resources. Let everyone see how well organized their local public servants are. That would certainly gain us all support when we come knocking on the door asking for funding!

And do cover the follow up after the fact that many Firefighters do on their own, as an extra measure of love and caring for their troubled neighbor.

I feel that would be interesting and educational too.... but that's just me :-) Say.... does anybody want to make a movie? I got a camera:-) 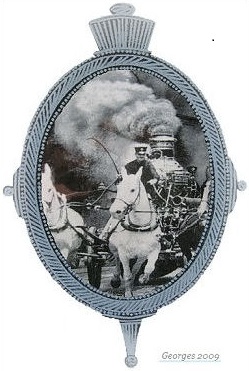