THE NAME "FIREMAN" IS NOW OUTLAWED 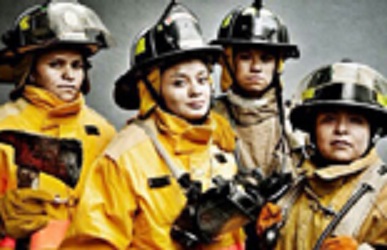 So it is now official, the state government of New York has decided to do away with the proper syntax and grammar of the English language and use terms, titles and mandates of the Feminist emasculating machine to elevate those who feel a need to be equal in their own minds to the Male gender of the human species.
***
It seems that the need to elevate Females takes precedence over every rational consideration in the modern Western society, even though it is corrupting a language in order to do so. My only question is why ?
***
Why is it paramount to make such irrational decisions to pander to one disgruntled gender? No such considerations have ever been allowed for the betterment of the Male in areas that truly need equity, such as child custody and some type of serious responsibility sharing in the Family Courts when a Male is simply no longer "interesting" or useful to the Female who divorces the Male for frivolous and selfish reasons.
***
This is the definition of the word 'man" taken from the Websters Collegiate Dictionary that applies to the proper use when referring to a "job title": L I N K
=========================================================
man
man/Submit
noun
***
"a human being of either sex; a person.
"God cares for all races and all men"
***
synonyms:
***
"human being, human, person, mortal, individual, personage, soul
"all men are mortal"
=========================================================
There are actually no such words in the "proper" English language such as "Firewoman" - "Mailwoman" - "Servicewoman" -  etc, nor should there be based on the fact that the MAN suffix is not used to denote gender but instead a species, that being the "human" animal. Therefor the use of "man" has always been "gender neutral" until a handful of people with seriously low self esteem and selfish intent decided wrongly to declare it was androcentric.
***
Obviously it is the aim and goal of those who have small bodies and little to no self worth to forego becoming remarkable enough to do a thing or be equal to another, and instead tear down the other by using defamation and emasculation after securing approval for the abuse by legislation and social corruption of the established traditions.
***
So by adopting the paradigm, "if I can not be as good as you, then I will make you as poor as I am", they neglect what they were actually good at,... being Female.
***
At some point women who demand being allowed to do the same jobs as men are going to have to accept the same titles given to men for those jobs. If truly Females can "do anything a Man can do" then they can begin by accepting being called Fireman, Policeman, Mailman, Congressman and all the rest.
***
Be well and safe everyone.
***
Lieutenant Frederick Georges
Orleans Nebraska Fire & Rescue-Retired
Creator FirefighterCountry

Why has it suddenly become acceptable to make the titles Mother & Wife degrading, obscene and beneath dignity ?

Most people in the "civilized" world have always held those who earned these titles in high regard, giving special respect and privilege to a Female for being the one thing few men, if any, could be good at.... BEING A WOMAN !

Only a fool would see being responsible for shaping the hearts, minds, bodies and souls of the future of MAN kind as degrading or insulting.

To be respected just for being what you were born to be when you enter a room even though no one knows your name, trade or reputation is NOT a bad thing.